Teams are really coming together at this point in the season and shoring up lines and pairings, but the subs really shined in this match-up between The Greyt White Sharks and The New Black.

The Greyt White Sharks took a page out of The New Black’s playbook and went for an early attack right off the opening faceoff. Miranda surprised Rob by winning the draw directly back to Amanda Forbes, who started a couple feet in front of her defensive blue line. Amanda streaked past Rob and The New Black defense and centered a pass to Miranda who was waiting at the back door. A timely stick lift from Kelli, who was on loan to The New Black from the Unforgivables, stopped Grey from breaking open the scoring.

Greyt White Sharks got off to an early start in their 2-1 victory over The New Black. pic.twitter.com/ksQvgbsHhz

You can see in this play how much The Greyt White Sharks have come together as a team over this season. Miranda wins the faceoff back to Amanda, who seemed to be planning to skate it forward (given her aggressive starting position). Nancy on right wing sees this and immediately falls back to cover Amanda’s open defensive spot. When Amanda enters the attacking zone, you can see Allison on the left wing look back to make sure k8 is covering left defense (instead of shifting over to cover right defense), giving her the all clear to continue deep into the zone behind Amanda. Rather than splitting the defense, Amanda pulls to the left, giving Miranda an opportunity to get to the back door. Luckily for The New Black, Kelli wasn’t pulled out of position and was able to notice Miranda sneaking in and lift her stick before she could receive the pass. This was an excellent offensive play and would’ve been a sure goal without someone as experienced as Kelli on defense.

And yes, this was all just the first 11 seconds of the game.

Kelli was not the only sub to impress for The New Black. Patrick, also subbing from The Unforgivables, went coast to coast to open the scoring and give The New Black a 1-0 lead. Coming off an icing call, John won the defensive zone draw and the puck made its way to Patrick in the slot. He used a bit a speed to get through the neutral zone and around one defender, taking a shot that just went a bit wide. His shot was hard enough though that it rebounded off the end boards. The Greyt White Shark defense was caught watching the puck, and Patrick was able to use his forward momentum to get to the puck and put the odd-angle shot past Kit, who was still coming across the crease.

The New Black looked to take that lead into the first intermission, but Greg would dash that dream with 29 seconds to go. Greg picked up the puck in the defensive zone and began to skate it along the boards. Patrick tried to step in to challenge, but Greg sped around him, leaving only Drew to contend with. Drew wasn’t able to force Greg far enough out of the center, and Greg’s shot ricocheted off of Andrew’s shoulder and in to tie the game at 1.

The second period would prove to be largely uneventful. The New Black’s defense was able to lock down and deny The Greyt White Sharks on some prime scoring chances. The increased focus on defense left them wanting for quality chances of their own, though.

Just 30 seconds into the third period, Greg would strike again. Jim did an excellent job to clear the zone and push the puck forward. Patrick corralled the puck just inside The New Black’s defensive zone, but his cross-ice-pass was read perfectly and picked off by Greg, who found himself all alone squaring off against Andrew. He made no mistake with his shot, and gave The Greyt White Sharks the lead 2-1.

Try as they might, The New Black was not able to get past the Grey defense. Patrick had the best chance to tie the game, but Kit was up to the task and made a fantastic blocker save off the shot from the right circle. Even with the goalie pulled, The New Black was unable to generate any more offense, and The Greyt White Sharks took the game 2-1.

The player on the ice that impressed the most was Dex, who was subbing for The Greyt White Sharks from The Flamers. Despite having to suit up with his own team immediately after this game, Dex was giving everything he had on the ice, generating multiple quality scoring chances. This game was a perfect example of how teams have locked down their systems, but also of how subs can still have a tremendous impact.

Looking Ahead: House of Blues v. The Flamers

House of Blues is looking to remain in sole possession second place in the Eastern Conference, but The Flamers can get a share of that spot with a win. The teams last faced each other in mid-December, with House of Blues claiming a 3-1 victory. Expect this game to be a closer than the last. The Flamers have found their scoring groove in the last few games and are backstopped by Katy with a 0.914 save percentage. The scoring has been streaky for House of Blues, but the triumphant return of Simon, who had 13 goals last season, may be just the spark they needed. As if that wasn’t enough excitement, there will be Girl Scout cookies on sale from 5:30-7pm! Don’t forget to join us at Dexter’s Pub, our social sponsor for the week, before or after the game. 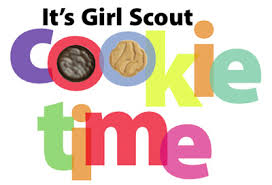