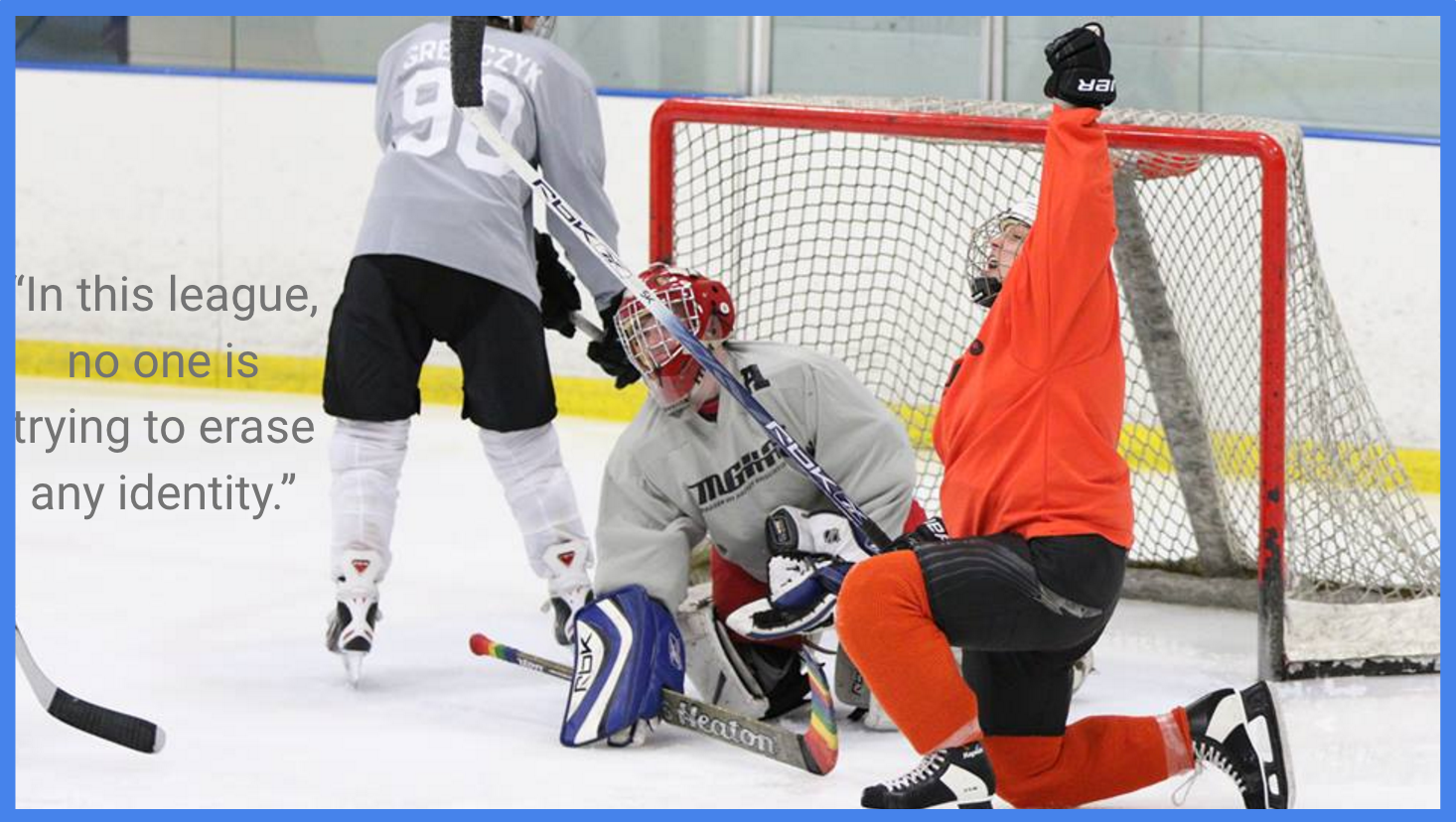 I can remember the first time I ever took a step on ice. Big fuzzy boots, bundled up ‘til I could hardly see, and all thanks to my ever-loving parents who knew that I would probably freeze to death or crack my skull open without the gear. I was always interested in athletics, and somehow was considered a bit of a cool kid in high school after joining the softball team and then the alpine ski team – strange thinking about it now as I never really knew having a perm until 8th grade was “cool”. Maybe it was my really neat headgear or something. Somehow I made it, but underneath it all there was always a spirit of antagonism on the teams I participated in – we picked on the kids who weren’t as good, who looked weird or didn’t fit whatever the macho/fem ideal that bizarrely exists even when you’re a fricking kid. I hated that. I was always a bit too afraid to really stick up for those kids, though I did try to give them pointers as they went down the hill or as we sat by each other on the chairlift. It was probably my way of feeling better about myself.

In seventh grade playing volleyball we had a coach who was a lesbian. Some of the girls hated her because she was a “butch bitch”, but really they were lazy and didn’t want to run laps or cared about getting better at the sport. They made up some story about the locker room and how they didn’t feel comfortable, and you know the rest. I don’t remember if our coach was fired, or if she just stopped coaching, but the story was of course a fabrication. This was the culture of the small town where I’m from. I didn’t understand my sexuality at the time(and had I surely would have denied it – in reflection I did have a crush on a girl in middle school once and just told myself it was because she looked like a boy or whatever and I liked her Jesus temporary tattoo), and was pretty ambivalent when it came to trying to attract a mate, but I couldn’t believe someone would want to cause harm to another person like that. Some days I feel like the world has made crazy strides forward, and then I see another news article spewing hate speech or ridiculous bathroom laws that showcase nothing but ignorance.

Fast forward to the future, I understand who I am & what I’m looking for a hellova lot better than before, but it probably took until about the year before I joined the MGHA. And I still can be an insecure weirdo. What I love about this league is our pursuit of learning and teaching – I learn from everyone I meet in this league, not just skills on the ice, but about their life stories and the texture that makes them who they are. No one has been dismissive of me, or of others. No one has pre-defined expectations for who you are, what you know, aside from the fact that you should accept others for who they are as well. In my first year, I met and made amazing friends who taught me the sport. In my second year, I realized that in this league, no one is trying to erase any identity, and instead lift you up to be the best player you can be. I was a little afraid that as a bisexual woman, I might be seen differently while in a relationship with a man – even in college I lost friendships because of this. I don’t think it’s even been something anyone has noticed. I’ve realized this year that members of this league support one another in all ways of life, whether it be friends suffering from hard times financially, with family, depression or other.

People don’t seem to shy away from truly being good friends & allies. 🙂 I feel like groups like the MGHA give a sense of belonging, but also a community to fight for. We truly are a family, and one that supports one another through learning, coaching, and the occasional beer on the bleachers. This kind of accepting community doesn’t exist as often as it should in sports, but is something that we are to the core. It is a pivotal part of my experience here in Madison. This is exactly the type of community I would hope my future family and kids can be around, to learn that sports aren’t solely about competition, but also building up others to ensure betterment of the community as a whole.